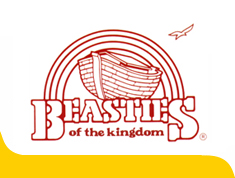 Home ::  About the Artist

Throughout his life, John Raya's two passions have been sculpting and cartooning. As a child, John spent long hours mastering the great works ... from the "Sunday funnies, " his favorite comic books, or the all-time classic "Mad Magazine." Any piece of paper was a potential sketch pad for John to practice drawing his childhood heroes and heroines..." I mastered anatomy and life drawing skills by the age of ten through long hours laboring over the finer points of proportion and structure ... by sketching the likes of "Wonder Woman" " (J. R.)
In 1975, mustering his entrepreneurial spirit and with his accumulated professional experience (and a prayer), John embarked on his own business venture. Developing the "Beasties of the Kingdom" collection along the way, John fulfilled a lifelong dream and created a vehicle for his personal style and sense of humor. Starting with just six designs in his collection, John soon directed his talents to creating new and better "Beasties" to keep up with the ever-growing demand. Since then, John has increased his collection to include over sixty new "Beasties of the Kingdom" that has attracted a global family of collectors. 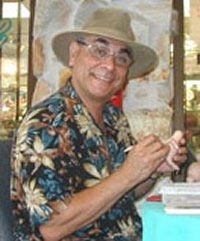 Volumes of illustrations of Superman, The Flash, "Big Daddy" Ed Roth's Rat Fink and others filled his dressers and closets to overflowing. "Finding your way through his room was like plowing your way through a mine field ... you didn't know what was lurking in there from day to day ... it was quite an amusing experience."
(John's mother)

John's talents soon found their way to Universal Studios in California where he worked summers as a cartoonist between stints at Cal State at Fullerton where he studied the "3D's"--dating, dancing, and design. With a knack for quick-sketch caricature, John's art drew him to Disneyland where he would sometimes sketch up to 400 people in a single day. John eventually found his way to Walt Disney World® in Florida, where as an art director, he was responsible for artists operations in the theme park.

"Thank you for your encouragement by selecting one of my "Beasties." I am honored to have my art included within your collection, or to have it selected as a gift for a special someone in your life.

"I am proud to say that the "Beasties of the Kingdom" are created with nature in the "good ol' U.S.A." using only the finest American made materials and skills available. Sometimes the imports can try to beat us down in the marketplace ... but they can't beat our good old-fashioned American originality! Thank you.